Dashboards: Communication between CEO and CIO

For many years we have known about the existence of difficulties in communication between CEO and CIO. Why? Because each speaks a different language. The CEO talks about business strategies for the development and growth of their organization. The CIO has a more technical language and knows methodologies, infrastructure and systems that can support the business. Most often, the profile of each of these professionals does not require technical training corresponding to the area of the other and the participation of each in the decisions of each area was not required.

Today the opposite is true: it is necessary to know which technologies can support business in a more productive and economical way and in large-scale, with the best performance and quality. These investments must be clearly measured and proportionally related to the strategies of the organization, taking into account the consumers, suppliers, competitors, market and future.

In the IT field, it is necessary that when two devices having different systems need to communicate with one another, they use a communication protocol. This protocol is responsible for the translation and interpretation of the language of a system A to a language of a system B. And, therefore, “the equipment can talk”.

What would the communication protocol between CIOs and CEOs be?

Not ignoring the complexity of this issue represents, because if it were otherwise, this question today would not continue to be in the media. There are some types of protocols that could be used for these two professionals to communicate better. The basic premise is to understand that it is easier to leave the technical area to learn the strategic area than trying to expand knowledge with information technology linguistic, because the latter change concepts, terms and architectures at least every year. Starting from this assumption, what the CIO needs is a great way to be able to demonstrate to the CEO the indexes that they want to see, in a language that they understand, in an easy, quick, clear and precise fashion.

Numbers are a universal communication protocol. Anywhere in the world, the numbers are represented exactly the same way. This would be a good way to translate the CEO language to the CIO language. Besides the numbers, a model that has been chosen in most organizations to bring together more and more departments and people in the representation of their results, is the famous dashboards. A dashboard reflects the specific language of each entity in colorful graphics, that, as far as the numbers, is understandable by any individual. The numbers and graphs, besides simplifying, clearly reflect the results.
claramente os resultados. 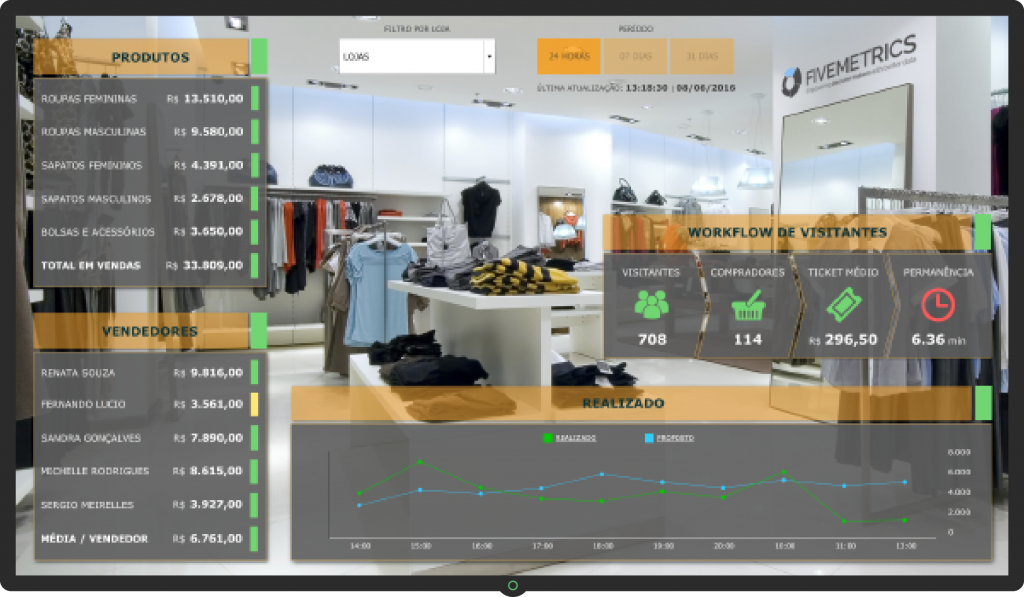 Now that we already have the protocols, the next goal is to be able to understand what they will translate. We venture to assist in this dialogue, suggesting that the conversation start with the CEO, inviting the CIO to participate in strategic meetings of the company, where their role at first is: to listen.

Having on hand the business indexes presented by the executives, the job of the CIO now is to represent the health of these indexes on a dashboard, by consulting the information in their infrastructure. And that is it. The dialogue has been established and the CEO and the CIO are speaking the same language by means of an automatic and live translator chart. Why automatic and live? Because the indexes represented in the graphs will be monitored every minute or at any given time, so that action can be taken to correct deviations as early as possible, in order to pursue the achievement of results day by day, or month by month.

This habit being embedded in the company assists in the justification of investments of any area and generates a virtuous cycle of improvements and growth of the whole organization.

Do you want to know more about dashboards? Check the page of the OpMon Dashboards.

How to define the ideal performance indicators for your company?