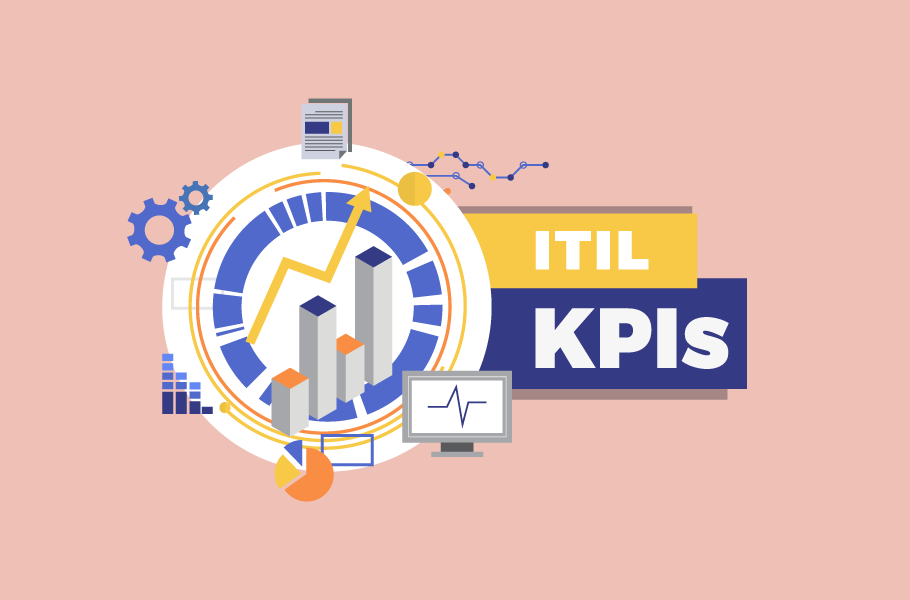 The use of KPIs to monitor the performance of the company’s activities is essential to achieve better results. All managers need to measure performance to achieve the goals set by the organizations’ boards.

However, the doubt about what indicators are the best to be used hangs over all managers. A good source of information is the KPI Library, which gathers thousands of indicators from different areas.

This article discusses the most important ITIL KPIs for availability management, as well as their application and formula, when applicable.

2. % of outage due to changes (planned unavailability)

3. % of outage due to incidents (unplanned unavailability)

Percentage of outage (unavailability) due to incidents in the IT environment, relative to the service hours.
Unit: Percentage
Direction: Minimize

4. % of unplanned outage/unavailability due to changes

Calculation of the Service Desk Availiability over the Reporting Period.
Unit: Percentage

8. % of critical business processes not covered by a defined service availability plan

Number of failures of IT services during so-called critical times. Critical time is the time that a service /must/ be available, for example for financial systems during closing of the books (at the end of month, or end of quarter).
Unit: Number
Direction: Minimize

Total outage from critical time failures in IT services. Critical time is the time that a service /must/ be available, for example for financial systems during closing of the books (at the end of month, or end of quarter).
Unit: Percentage
Direction: Minimize

Do you want to know more about performance indicators? Then read our article: Everything you need to know about KPIs and metrics measurement

© 2022 OpServices | IT Management & Dashboards in Real-time.