Do you know about NFC technology? Know your possibilities!

What is NFC (Near Field Communication)?

Who can leave the house without a cell phone? Much more than a tool to make connections, the device is currently a powerful computer, capable of performing numerous tasks — and this ability grows daily. One of the fastest growing tools and one that has a promising future ahead, which will broaden the possibilities of mobile devices, is the NFC technology (Near Field Communication).

This technology works wirelessly and allows communication between two devices that are located within, at most, 10 cm away. It is one of the bets for a secure communication and allows various types of transactions.

NFC was created through a consortium of tech giants: LG, Motorola, Samsung, Huawei, HTC, Google, Visa, Microsoft and Intel. Mobile phones compatible with this technology have a chip in the back of the unit that establishes communication with other devices that have a chip equipped with NFC.

NFC is widely used in Japan, where the technology is already present in trade and services, such as public transportation. To get an idea of the evolution of this feature, in 2010, there were 50 million devices equipped with NCF, and projections indicate that in 2015 the number is expected to reach 550 million smartphones able to use this technology, according to the IHS iSuppli, a market research company. To understand more about the subject, keep reading our article!

Communication between mobile devices is made without the need for cables or using wireless waves — the technology used in Wi-Fi and Bluetooth. NFC is also present in TVs and laptops, allowing the industry to consider the end of cable connections, such as USB.

NFC enables quick connections in a walking distance. Therefore, the transmission of big files is not the goal of this technology.

This technology is based on an already quite widespread technology throughout the world called RFID (Radio Frequency Identification). Have you seen those tags that are attached to products and that trigger an alarm on the way out of the store when they’re not removed by the cashier? They use RFID, a simple method that connects the tag to a transmitter base. Whenever the tag gets near the base, it generates an alarm when activated. This is the principle of NFC, the emission of signals of devices when they approach one another.

The operation is simple: just bring a device equipped with the NFC close to another one that also has the technology. Both should be enabled — each device model has a different way of activating the feature. Therefore, go the Settings of your smartphone to release the technology.

Then you can just approach your phone of another one that is also enabled with NFC to transmit data. 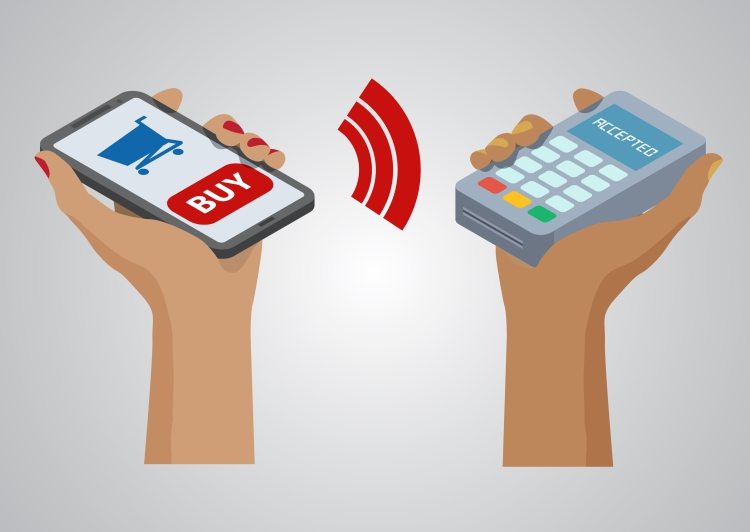 NFC has two ways of running. The first one is active, which happens when the two devices generate signals that allow data sharing between them. The second mode is the passive one, when one of the devices generates the RF signal, while the other uses this field to perform the communication.

The active one takes over as a reader and the passive one becomes the tag. The active one searches for devices that are enabled with the NFC function and close to the signal range field. Once a device approaches the other, the active one decodes the signal sent by the tag and receives guidance to perform some task.

This is the way of performing a payment done by means of this technology. The smartphone would be the passive one, while the cash register device would be running in the active mode. As it approaches, the payment is done automatically. But this is only one of countless examples of how NFC works (see more below).

Data transmission is a major concern for Internet users, whether by means of smartphones, tablets or computers. As NFC does not use networks, public Wi-Fi signals or Bluetooth waves, it becomes an extremely safe technology.

The feature is triggered only by those who are very close, without the need of pairing — a device is not “scanned” by another to share information.

You may not have heard about NFC or know of places that already use this technology. But it is good to know that probably very soon it will dominate much of what you do every day with other features.

Financial transactions will be done by means of NFC. At the moment of payment, simply bring your cell phone close to the cash register device and the debt will be done automatically. Simultaneously, you will receive on your smartphone your purchase receipt with the product description. It will be faster and safer, without the need to use passwords and cards.

Another example comes from Japan, where it is already possible to buy subway tickets using NFC. The user brings the cell phone close to the turnstile and directly purchases access, without queuing.

Most modern car models will soon also come with the built-in feature, which will work to open the vehicle doors. 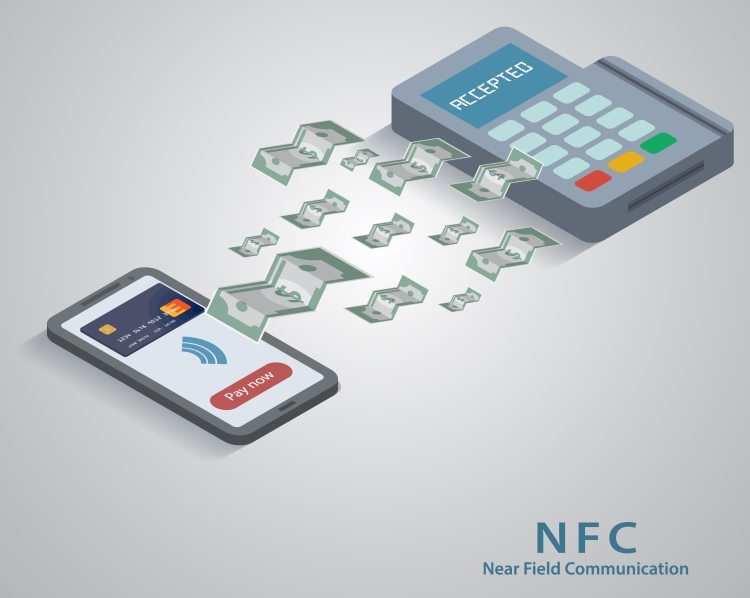 The use of this technology multiplies in the entertainment areas. Movie studios already advertise their movies using this technology. When a person approaches their cell phone to a poster, they immediately receive the suggestion of watching the film trailer. This can be done for music and books releases, to advertise concerts and other attractions, following the approaching principle to have access to information. The transmission ease is one of the great attractions of NFC, even if it is not possible to transmit very large files.

Not all devices have the technology, but the most modern now come with NFC built-in such as iPhone 6 and Galaxy S6 — top-of-the-line of the leading cell phone brands. In Brazil, it is likely that the user will find it easier to use the resource with friends than in trade and corporate sectors.

The purchase via cell phone is still in its infancy in the country, but the trend is that this will soon change. If you want to buy a device with NFC, check the manual before you buy it.

Convenience, speed and security. This trio dominates the list of advantages of the technology, but we can add others. One of them is versatility. Virtually all economic sectors and services can use NFC. Its use opens a wide perspective for the future of smart homes without the use of keys and buttons.

Enabling is simple and easy to understand. It will eliminate the use of credit cards and stores — everything will be stored in the phone memory and chips.

The disadvantages of this feature should be more because it is still a developing technology than for any problems. The transmission speed is still low, but it works perfectly for what is already available.

And because it is a developing technology, the cost is still high, as well as the devices available and able to work with NFC. The trend is that, over time, these limitations are overcome and the technology becomes more widespread.